National Aptitude Test in Architecture (NATA) is being conducted by COA since 2006, in terms of the provisions of CoA (Minimum Standards of Architectural Education) Regulations, 1983, published in the Gazette of India. It is implied that a separate aptitude test in .Architecture should be conducted and such test should not be combined with the tests for admissions to Engineering, Pharmacy, Medicine and other disciplines. Being the competent authority for fixing norms and standards for architectural institutions, COA has the necessary expertise to hold a Common Aptitude Test in Architecture, at national level to provide a single window system for appearing in aptitude test and to facilitate institutions, students and public at large for admission to First year of 5 year B.Arch. Degree Course at all recognized Institutions all over country.

Candidates may come from the following backgrounds: 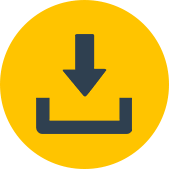 The eligibility criteria are mentioned below:

Definitions of A. P. and G.P.; General term; Summation of first n-terms of series ∑n, ∑n²,∑n3 ; Arithmetic/Geometric series, A.M., G.M. and their relation; Infinite G.P. series and its sum.

Definition; General properties; Change of base.

Concepts of m x n (m ≤ 3, n ≤ 3) real matrices, operations of addition, scalar multiplication and multiplication of matrices. Transpose of a matrix. Determinant of a square matrix. Properties of determinants (statement only). Minor, cofactor and adjoint of a matrix. Nonsingular matrix. Inverse of a matrix. Finding area of a triangle. Solutions of system of linear equations. (Not more than 3 variables).

Tangents and normals, conditions of tangency. Determination of monotonicity, maxima and minima. Differential coefficient as a measure of rate. Motion in a straight line with constant acceleration. Geometric interpretation of definite integral as area, calculation of area bounded by elementary curves and Straight lines. Area of the region included between two elementary curves.

Statements, logical operations like and, or, if and only if, implies, implied by. Understanding of tautology, converse, contradiction and contrapositive.

Want to get Coaching
in your area ?

Want to get Admission ?

Get our updates educational materials, new courses and more!